The project neighbours Red 5’s King of the Hills mine which boasts Australia’s ninth largest gold ore reserve of 2.4Moz and a 16-year mine life. The region has recently produced approximately 14Moz of gold from mines such as Tower Hills, Sons of Gwalia, Thunderbox, Harbour Lights and Gwalia. Mt Stirling is nearby to excellent infrastructure.

In 2022, Torian announced it had discovered a unique endowment of clean heavy rare earths elements (HREEs) as well as cobalt, a critical mineral used in batteries, throughout the clays and regolith horizons at Mt Stirling. A high ratio of heavy rare earths to total rare earths (0.65 to 1) and a lack of radioactivity distinguish the company’s Yttria and Wishbone prospects which host all five of the most critical HREEs: dysprosium, terbium, europium, neodymium and yttrium, with significant anomalous concentrations of scandium.

Between November 2021 and May 2022, Torian drilled over 26,000m across more than 220 holes at Mt Stirling to deliver an upgraded global gold Mineral Resource Estimate for the Mt Stirling project. Subsequent rounds of drilling campaigns at the project will continue to build its gold resource base to bring the project towards a level that can sustain future mining operations. Meanwhile, metallurgical characterisation studies and resource drilling will also be pursued to expand its critical minerals and clean heavy rare earths footprint at Mt Stirling which currently stands at around 3.6km. 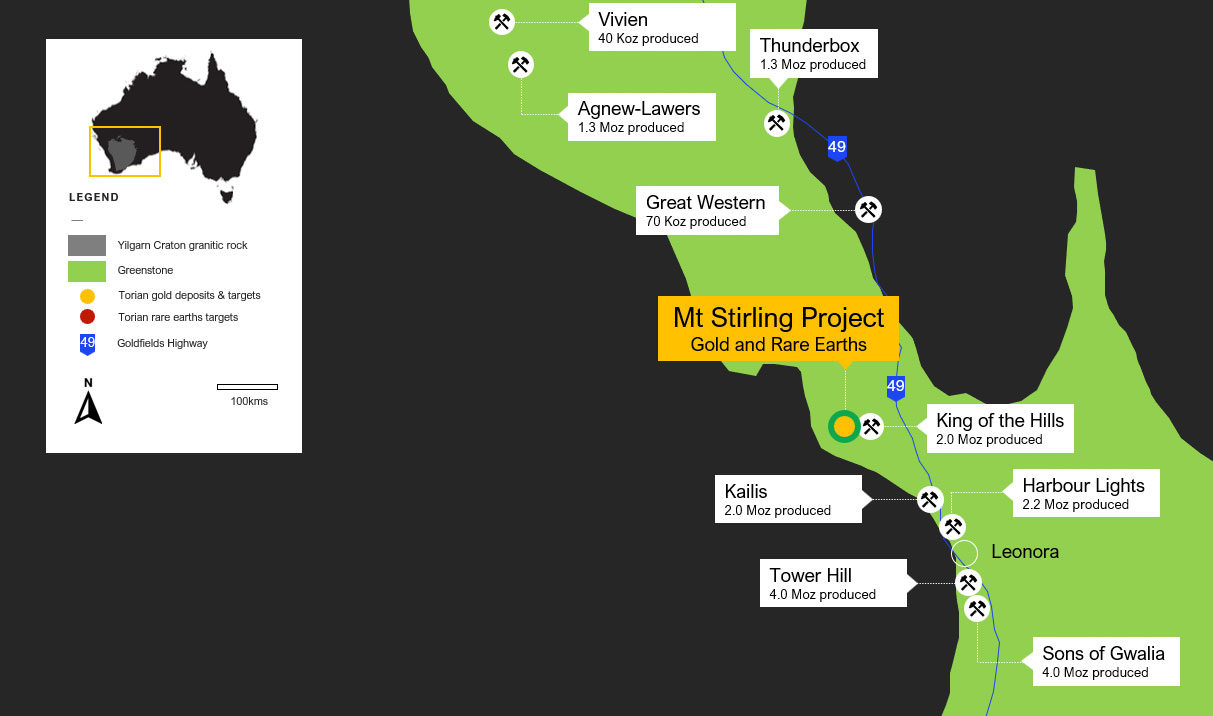